In 2016 my wife (artist/illustrator) and I decided to switch careers from SEO/digital marketing based (I’d worked in SEO marketing for 15+ years) to creating children’s picture books under the pen name M.D. Law. 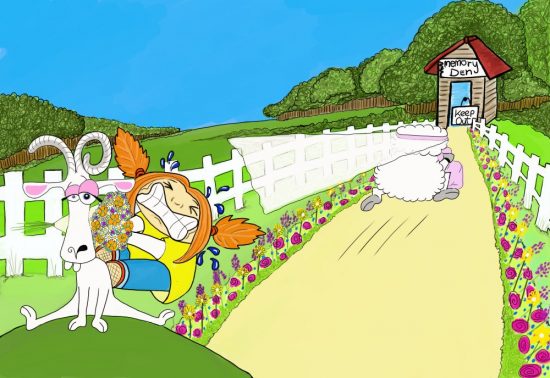 We’ve created around ten complete picture book manuscripts, some mock up picture book illustrations and set out to find a literary agent.

I switched my social media accounts (Facebook/Twitter @DavidLaw) to promote the new career path (lost a LOT of Twitter followers**) and set about building an author platform. In hindsight this was a social media marketing mistake, should have built a new Twitter account.

Finding A Literary Agent: The Balance Between Author/Agent/Publisher is Seriously Messed Up

Building a social media author platform was easy, finding a literary agent, not so much!

To cut a short story even shorter, finding a needle in a haystack in a field of haystacks, with your hands tied behind your back would be significantly easier than finding a literary agent: the balance between author/agent/publisher is seriously messed up.

Sooooo, that didn’t go to plan :-( Time to move on, we plan to publish via Kickstarter sometime in the future (no rush).

** In hindsight I should have registered new social media accounts for the author platform and kept my old accounts focused on SEO marketing. Even though we’ve given up on finding a literary agent and selling picture books I still started another Twitter account for picture books just in case:

Now that I’m over my mid-life crisis :-) time to move back into SEO marketing : it’s a lot of fun writing picture books, but I have to admit, I’ve missed the challenge of trying to increase Google traffic etc… to business sites, so back to what I know and do best, SEO services.

Couple of weeks ago I began switching my social media accounts back to SEO marketing and it’s resulted in a nice jump in Twitter engagement etc… time for Twitter analytics statistics… for My Personal Twitter Account:

Still a lot of work to do, but it’s definitely moving in the right direction.

It’s over a year since I published this article and the Twitter analytics stats are better now, almost at 100,000 Twitter impressions a month.